Wife Swaps used to have a pretty tarnished reputation as being somewhat of a joke among many (“take my wife…I wish someone would”). However, as a sub-culture, wife swapping has existed since the mid 1950’s. In those days it was done with as a social, yet highly secretive mini-society of middle-class neighbors. It was essentially a way to get to know who was on your side of the fence in terms of open-mindedness and frivolity, much like a secret handshake club. It was also used as a foot in the door to promotions for those who were willing to extend their personal boundaries. If you got invited to a local party it meant they were testing you out, seeing how open you were to ‘sharing’ and it was generally the well-to-do upper middle class that responded in the affirmative.

Nowadays, wife swapping comes under many other titles and sub-culture lists, such as swinging, although there is a major difference between the two. Wife swaps are generally done on a sort of mutual basis, whereby two sets of spouses will have a private gathering in order to exchange partners for the evening with one another specifically. However, there are other ways to swap, which include parties at a private sex club or premises, where couples simply mingle, choose temporary partners and engage in some sexy fun. 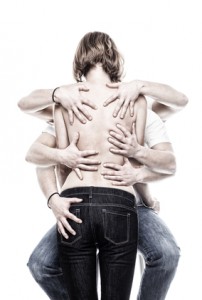 One thing that is absolutely vital to your mutual enjoyment of wife swapping is that both spouses are equally as enthusiastic about it. If just one of you is more interested than the other it could cause issues. You both have to be equally willing to participate, so make sure you talk thoroughly about the implications before you directly engage in the practice.

Observing the rules of etiquette is the best way to understand how the swinging or wife swapping lifestyle works. There truly are some very chivalrous codes of practice and when you think about the manners that people have to exhibit it makes everyday life seem almost rude. We don’t pick people up in bars by saying ‘get your coat honey, you got lucky tonight’ and winking at them. They are more likely to follow you home if you are kind and respectful. Many people are under the illusion that swapping your spouse is thoughtless, but really speaking, those who do it are not looking to be unfaithful with permission. They are looking to keep the spice in their relationship. Sometimes, just being with their spouse is not enough and they want to experience new sides of sex play and, if both spouses are consenting, there is nothing wrong with it.

You might find that it is mostly men who suggest wife swapping, which is not really surprising. Men also prefer another woman in the bed with them one threesomes, too. With wife swapping, you may find that some men prefer to choose the partner that their wife will join with, while they have the option to choose whomever they want. Some couples prefer that, while others are more open to anything.

So, with that in mind, remember the rules, remember to be polite and thoughtful to your own spouse and enjoy safe sex play with whomever you choose at the swinger’s party.

Swingers and Wife Swaps in Atlanta

This is the swinging lifestyle site where you meet swingers in Atlanta. Check out our listing of Atlanta swingers clubs.

Are you new to the swingers lifestyle? If so, be sure to browse our tutorials